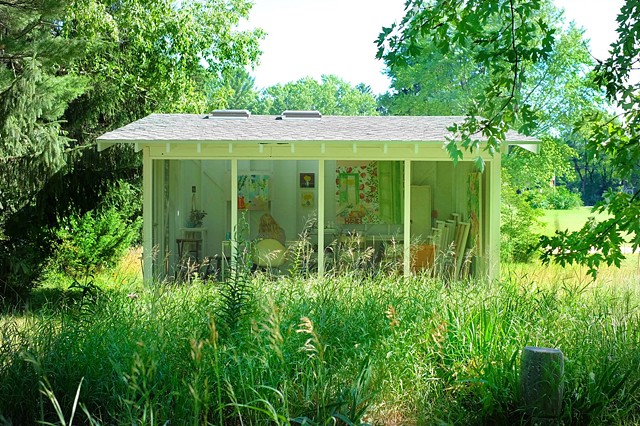 I grew up in Indianapolis, Indiana to a complicated but generous literary family in the late 60’s and 70’s. Our modest home on a quiet wooded road buzzed with neighbors and friends always stopping by as my parents had an insatiable interest in other people and a gift for conversation. We had horses, dogs, and a goat. My mother had a fay spirit and taught my brother and sister and I to look closely at trees and flowers and stars and the clouds, and to find excitement in observing a rain storm. One hot summer night she woke us from bed and drove us out to a sprawling field where we climbed on top of the station wagon to watch a spectacular show of heat lightning for hours.

A crack in my idyllic childhood happened when a male babysitter repeatedly abused and beat me, threatening to kill my family if I told anyone. The truth of the abuse, and later investigating how many others in the neighborhood this perp had abused, would fracture my relationships with my mother and other relatives in the family. Art, nature, and the imagination were the drivers of my survival.

I was graduating from art school, The School of the Art Institute of Chicago, during the culture wars in 1989. The NEA had cut all individual grants and was reduced to a fraction of what it had been. The threat of selling off the National Parks to big corporations was infuriating headline news of the time. Feminism and activism spurred an urgency in me. I moved up to Michigan to paint and wait tables and to hatch a plan : to establish artist in residency programs in the national parks all over the country.

Expanding opportunities for fellow artists would become a commitment I’ve held all my adult life. I first initiated a residency program at The Sleeping Bear Dunes National Lakeshore in 1993, then four more parks in 1996 to a total of eight parks by 1998. I helped spear-head the residency program at The Glen Arbor Art Association in Glen Arbor, MI in 1995, and currently serve on the committee for the Visiting Artist program at The Old Art Building in Leland, MI. Between 2005-2020 I hosted and curated many artists from around the country at my own artist retreat, The Provincial, an artist-run exhibition project space and residency program in Kaleva, Michigan.

In 2021 my husband, Richard Kooyman, and I built a new home in Arcadia, Michigan. And today we are building studios on this 47 acre property. Richard and I both share an urgency to experience and be close to nature, and an urgency to paint.

Glimpse our architect designed home by Designsmiths in Traverse City

I talk more about sexual abuse, feminism and art in this interview with Erika Hess on I Like Your Work podcast

An interview during the George Floyd uprising

Interview about my curatorial project The Provincial

More on The Provincial

A little NY review of my work on paper